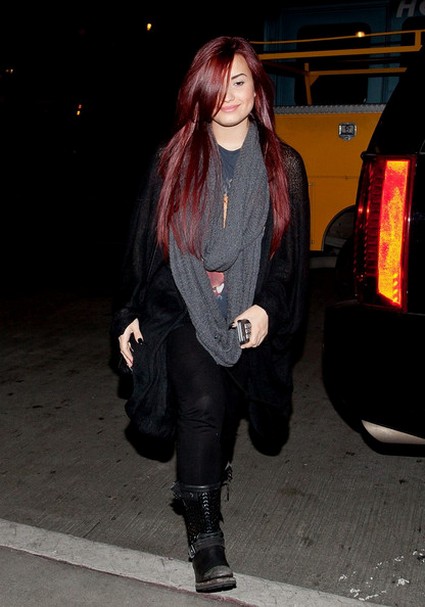 Demi Lovato, 19, who entered rehab in late 2010 to seek help for her problems –spent two years prior to her hospitalisation doing whatever she could to avoid people finding out there was anything wrong.

She said: “I was a very manipulative person when it came to my eating disorder. You name it, I did it.  I would lie about already eating. I would lie about having to go to the bathroom. I would go to any lengths to make sure I was sick.”

Demi admits her problems with food go back to a very young age.  She explained: “I began compulsive eating at the age of eight. Then, when I started being bullied at 12, I stopped eating. I went from overeating to undereating to throwing up.”

At the height of her success, Demi admits she could barely bring herself to look at pictures of herself in magazines because she was so uncomfortable with her appearance.

She told Britain’s Glamour magazine: “It never really went away. I’d try, but the impulses would come back. You feel like you’re on a downward spiral, but you have to fight through it.

“I had real difficulty with my body image. It was hard to look at myself in magazines. My friends would say, ‘Wow you look so gorgeous.’ Everyone else was looking at what they thought as a beautiful girl, but I just couldn’t see that when I looked at myself.”

LEGO Goes ‘Back to the Future’

Drake is Being Sued By His Ex-Girlfriend