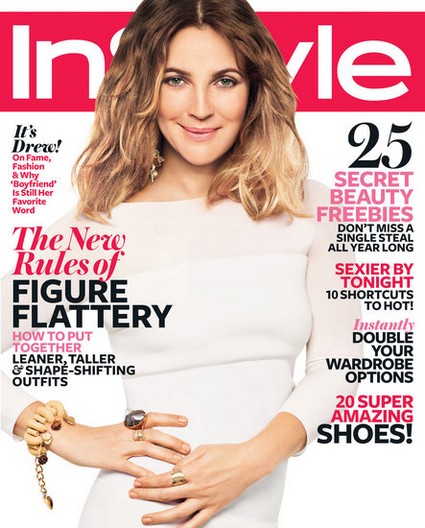 Drew Barrymore recently announced her engagement to the art consultant Will Kopelman adopted an eight-week-old rescue puppy from Bark n’ Bitches, a humane pet shop in Hollywood, California, on Sunday.  Store owner Shannon von Roemer told People magazine: “They really were very thoughtful and not impulsive about making the decision.”

“Drew, being such a huge dog fanatic, was great to Will. She really wanted him to feel it out and make the decision.”

The long-time animal rescue advocate explained her pet pooch – who has been christened Ollie – is like a “tiny little bear”, and she hopes the cuddly canine has “hit the jackpot” in finding a home with her and Will.

Speaking on ‘The Ellen DeGeneres Show’, Drew added: “He looks like a bear. He looks like a tiny little bear. I can’t even handle it.  He was a rescue dog. He was found in a box with his brothers and sisters outside of East Valley Shelter. This place on Fairfax, Barks and Bitches, they help foster the dogs and try to get them loving homes.”

“So I think Ollie hopefully has hit the jackpot.”

Drew is not the first star to provide a home for a needy pooch, as Justin Bieber and Selena Gomez recently adopted a 10-week-old husky puppy named Baylor together.

Meanwhile, ‘Twilight’ actor Robert Pattinson took on a four-legged friend to keep him company while he’s on location.

He said: “I know it’s sad. A lot of actors have a bunch of people who kind of just go up and stay with them for like two months, like an entourage. But my friends, their egos are too big.”

“They’d be like, ‘I’m not part of your entourage. I’ll stay in a free hotel for a bit if it’s in New York or Los Angeles but I’m not going to come out to some random town in the sticks.”

“That’s kind of why I adopted the puppy. It’s from a shelter and he was going to be put down. I only got him two or three days ago.”

Vanessa Hudgens Likes Drawing On Herself