Dwayne “The Rock” Johnson is Hercules? 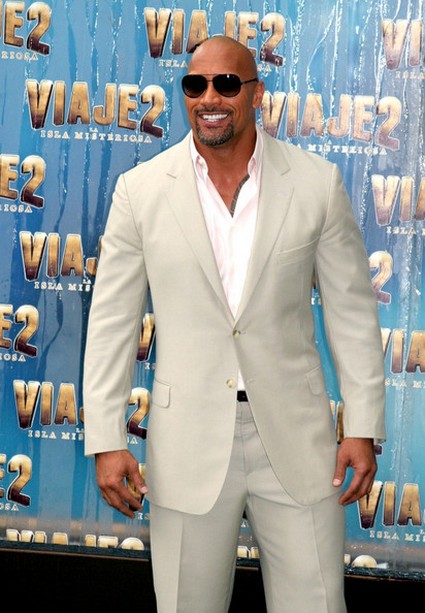 The Rock is finally back for something a little more barbaric, it’s been said that Dwayne Johnson is currently in talks to star in Brett Ratner’s take on Hercules for MGM Pictures.

Ratner has been trying to get to work with this project since 2010. The film is an adaption to the graphic novel Hercules: The Thracian Wars by Steve Moore’s and the script will be written by Ryan Condal.

The Thracian Wars has nothing to do with what people already know about Hercules, it takes a different approach to the character. Hercules’s portrayal is more like a mercenary, who defies the gods after the loss of his family. After leaving Olympus, he is hired with a band of fellow warriors by King of Thrace to trains his men to become warriors as great as they are.

So far the plot sounds like it’s going it’s going to be violent and insanely awesome, it’s a bit weird to see Ratner doing this film since he’s done films like Tower Heist and New York, I Love You. It’s just something completely different compared to what he has usually done.
I must say that The Rock is an amazing choice to play this portrayal of Hercules; he’s going to do a great job with this role, he really suits the bad ass blood thirsty warrior type characters.

Nothing has been said on when it’s going to be shot yet, The Rock is going to be in a lot of films this year including G.I. Joe: Retaliation, Snitch, Pain and Gain with Mark Wahlberg and yet another Fast and Furious installment. Hell The Rock is awesome so I don’t mind seeing him so often.

The Rock will be returning to the wrestling world that got his career started. On April 1st The Rock will be stepping back into the ring as he faces off against John Cena one on one at WWE’s Wrestlemania 28 from his hometown of Miami, Florida. I normally don’t watch wrestling any more but to just see The Rock kick some ass again, for sure I’d see that.