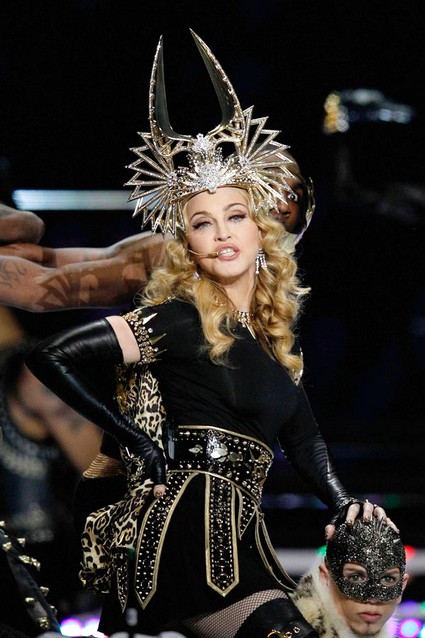 Madonna is set to embark on a huge trek across the Middle East, Europe, America and Australia – where she has not played for 20 years – in support of her forthcoming album ‘MDNA’.

The tour starts in Tel Aviv, Israel, on May 29th, and goes across Europe before heading to North America.  South American and Australian dates are yet to be announced.

Madonnamade her live comeback on Sunday (05.02.12), performing at the NFL Super Bowl in the US, playing a career spanning 12 minute set, which saw her carried to the stage at Indianapolis’ Lucas Oil Stadium on a golden throne and joined by dancers dressed as Egyptian warriors. She was joined by guest stars including LMFAO, Nicki Minaj and M.I.A. and Cee-Lo Geen during her performance.

Speaking about touring, Madonna recently told TV host Graham Norton: “I do enjoy it, truthfully. I enjoy putting the show together. “It’s hard work but, for me, it’s the most rewarding of all my jobs.  To be able to stand on the stage and feel that very visceral connection with human beings, and that thing that only music can do with other humans – there’s nothing like it.”

Madonna fans who order tickets in the US will get a free copy of her new album, either in physical form or as a digital download.

Jay-Z Embarrassed About Past Lyrics