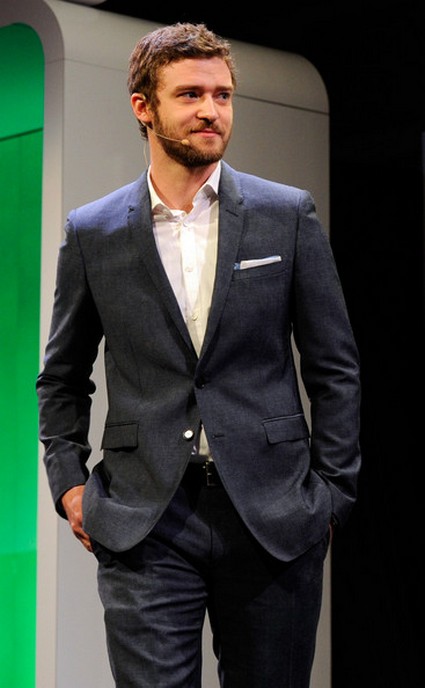 Justin Timberlake celebrated his 31st birthday with a winter-style vacation in Canada along with a group of pals.  Justin is reportedly engaged to actress Jessica Biel and spent three days at the Island Lake Lodge near Fernie, British Columbia, at the end of January where he and a large group of friends enjoyed activities including skiing and snowboarding.

Commit Snow & Skate owner Adam Laurin told the Calgary Herald newspaper:  “One of our employees had quite the interesting experience. It was one of those ‘no way, no way, that’s not him’ moments.  He was smaller than we thought. And he was going around with a bit of a beard.”

Another source added: “He was cat-skiing. They take you up into different areas and drop you off, no chairlift, no tracks, and you get to make clean lines … There was a lot of talk in town. Lots of word of mouth. A lot of people had heard about it or knew about it.”

Chefs at the resort where he stayed prepared a custom birthday cake for the birthday celebrations after Justin turned 31 on July 31st although it is unclear if Jessica was present.

Kanye West Said He Would Be “The Next Michael Jackson”

Selena Gomez Recovers From Illness and Thanks Fans