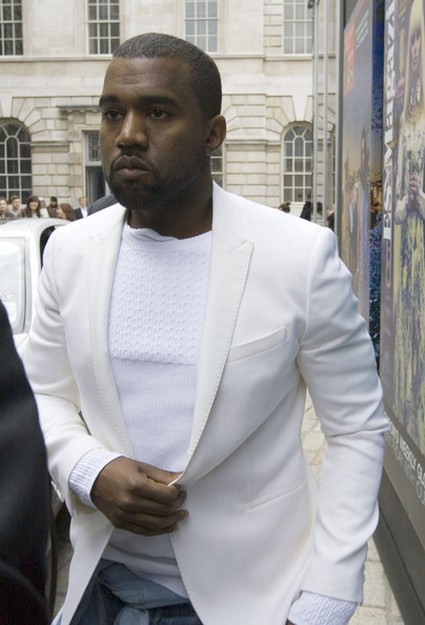 Tourists were surprised at the Jack The Ripper tour last week when Kanye West turned up there. A person said, “He told the other daytrippers he is immersing himself in the history of the East End to get inspiration for his fashion range.” So then Kanye went back to his studio in Clerkenwell to get working with his new found knowledge he discovered in the east.

I really can’t understand why people would find this even remotely surprising, for all we know right now Kanye is probably up in space travelling the galaxy and getting fashion inspiration from aliens. The east simply won’t be enough for him, no not at all. Kanye will probably build a time machine as well and go back into the past and receive inspiration from the dinosaurs, because I’m pretty sure we all know Kanye just loves going that extra mile.

Anyways I’ve personally never heard of Kanye having a clothing line, what does that say? Will his next creation with this eastern inspiration be good or bad? Doesn’t matter to me I just hope he puts lasers on it, now that’d be very Kanye like!

Nick and Kevin Jonas Golf for a Cause