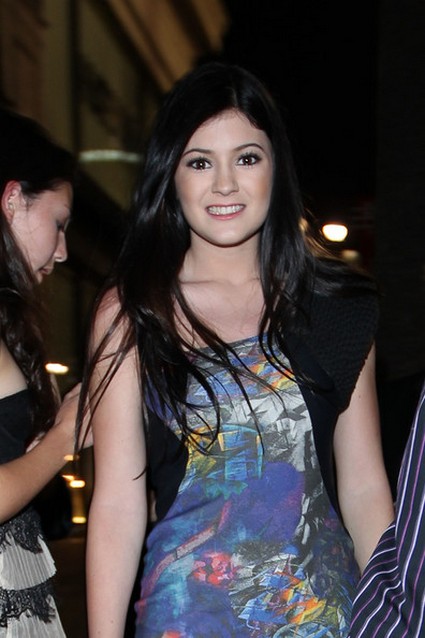 Kendall Jenner, 16,  wants to follow in sister Kim Kardashian’s footsteps by forging a movie career.  Yikes, reality check Kendell,  Kim does not have a movie career.  Kendell is said to be keen to act in a horror or horse-related film after being impressed by the brunette beauty in the role of Lisa Taylor in 2008 parody motion picture ‘Disaster Movie’.

She told E!: “I would love to be in a horror movie or a horse movie. you know the ‘Disaster Movie’ that Kim was in? That seems like so much fun.”

Kendall is hoping to pick up some acting tips from Channing Tatum in his latest film, ‘The Vow’, which sees him play a husband who has to try to make his wife – played by Rachel McAdams – fall in love with him all over again after she loses her memory in a car accident.

She added: “I’ve seen all the commercials and previews and I’ve wanted to see ‘The Vow’ for so long. Channing Tatum, oh my god! That’s a plus.”

But before she gets her teeth into any acting roles, Kendall and her sister Kylie are hoping to pay a visit to Dallas to see their sibling Khloe Kardashian and her husband Lamar Odom after the pair recently relocated to the Texan city when the basketball player signed for NBA team the Dallas Mavericks.

Kanye West Said He Would Be “The Next Michael Jackson”