LEGO Goes ‘Back to the Future’ 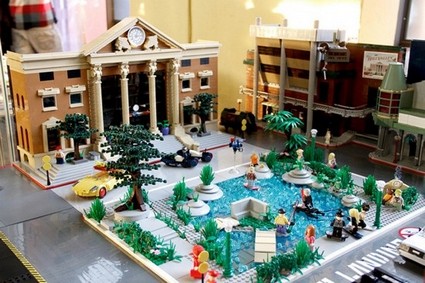 Back to the Future is something that many people will always remember, it will never die with sequels Back to the Future Parts II and II released in 1989 and 1990, as well as an animated series, theme park ride (which I myself went on many times) and several video games.

More things keep coming up that are inspired by Robert Zemeckis’s master piece trilogy, first there was the theatrical re-release Blu-rays and the insanely awesome limited edition Nikes which I’m sad to say that I wasn’t able to get…

This Lego Hill Valley was done by Alex Jones, for now I call him the God of Lego. He’s got this entire square perfect, down to every little detail possible. If you want to check out any more of this God of Lego’s work, check out the photos down below.