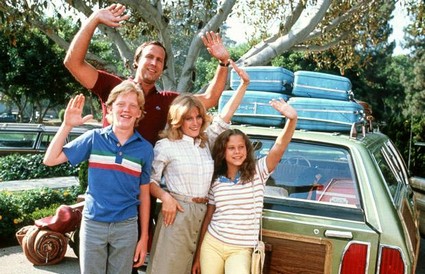 Screenwriters of Horrible Bosses, John Francis Daley and Jonathan Goldstein are both talented writers and Horrible Bosses was a very funny with it’s own success. At the moment they are working on a sequel to Horrible Bosses.

Apparently back in 2009 they started writing a reboot of National Lampoon’s Vacation, which will be titled as just Vacation; in 2011 they were doing a second draft of the script. Director David Dobkin and Peter Segal were on board for the movie over the past couple of years, but New Line has decided to let John and Jonathan to direct instead. They will be making their Directorial debut with Vacation.

We already know that the film will be a sequel and also somewhat of a reboot, it will be based on an adult version of Rust Griswold, who was the son of the character Chevy Chase played by Anthony Michael Hall in the original.

In 2010 we got to know what a little bit of the plot would be for this film. It’s about Rust embarking on a journey to take his own family to Wally World one last time before the park closes for good.

I’m kind of skeptical about this film, most times when something that was that f*cking amazing and made a long time ago, to have a reboot, doesn’t always turn out so good. Although the film does seem to have a lot of promise since the plot seems interesting in my opinion.