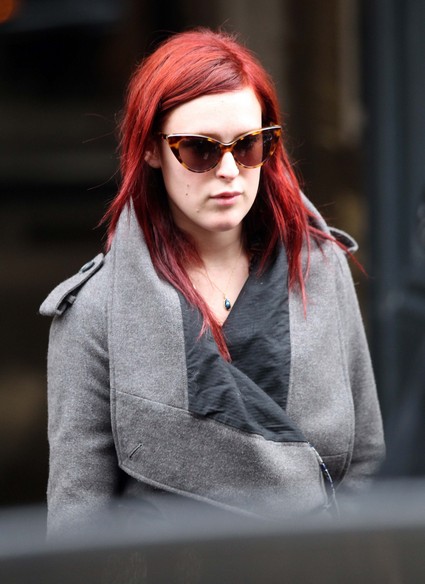 Rumer Willis says about Demi Moore that while her mom’s recovery is not going fast she still believes in her.  Very generous coming from a daughter whose degenerate mother partied with her using illegal drugs and even tried to sleep with her friend Zac Efron. Rumer would be best off as far away from Demi as possible.

Demi is suffering from anorexia and drug addiction and is currently locked in at Utah’s Cirque Lodge facility – reportedly receiving treatment for “an eating disorder and addiction issues” – and insiders say she is taking her recovery very seriously. Like she has a choice?

MORE:  Does Rumer Willis Have a Secret Relationship With Ashton Kutcher?

Demi split from her Ashton in November and filed for divorce after party whore Sara Leal went public about her sexcapades with Ashton. Demi could not handle the rejection and humiliation and became increasingly anorexic and drug addicted as she attempted to hide from reality.

Demi was hospitalized last month after suffering a seizure and apparently is so keen to get better that she is considering extending her stay in the clinic. Of course – the clinic is nice and safe and keeps her out of the paparazzi’s fierce eyes and cruel cameras. When Demi is released she will be deluged with unwanted attention that she might well be too fragile to deal with. Also, she has put on weight in rehab and this will freak her out as well. She is so vain and superficial.

The source added:  “She is on the right path and won’t leave rehab until she’s ready.”

Since entering Cirque Lodge, the 49-year-old star has reportedly gained 10 pounds and has been eating up to three meals a day.

Earlier this month, Demi’s daughter Rumer – her eldest child with ex-husband Bruce Willis – insisted all the family “believe” she will get better.

Rumer said:  “Of course the situation weighs heavily on me.  My mother is on the road to recovery.  It’s slow going but we believe in her.”

Will Demi ever recover from her pathetic self-induced collapse? Will she resign herself to that fact that she is turning 50 and needs to act her age? Sound off in the comments below.

Music Review: DMX ‘Make It Out’