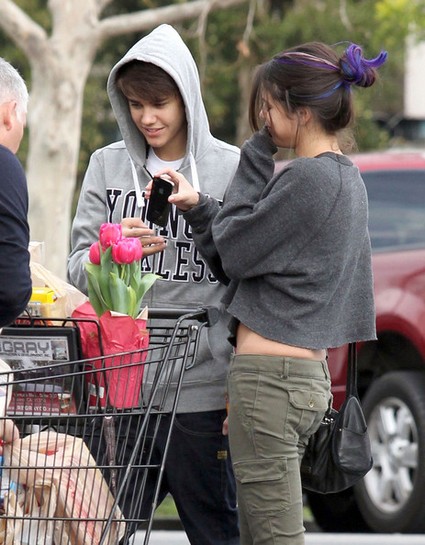 Selena Gomez insists that she and boyfriend Justin Bieber have a ‘normal’ relationship despite their fame.  Justin once rented out the entire Staples Centre in Los Angeles so that he could have a private date with the former Disney star, but Selena believes that despite their fame, they are just like any other young couple.

Selena told Cosmopolitan magazine: “I’m just like every 19-year-old girl. If you’re in love, you’re in love to the fullest, and you just want to go to the movies, hang out, and be as normal as possible.  I’m fortunate that I’ve found someone who has that philosophy.”

The couple started dating last year and Justin, 17, has already admitted that he wants to start a family while he is young.  The ‘Baby’ singer told Women’s Wear Daily:

“Well, by 25 or 26, I want to see myself, like, married or start looking for a family. I want to be a young dad.  I want to be able to have done what I wanted to do — to be successful, to do a movie or whatever. But if the time is right, I definitely want to be married by 25.”

Miley Cyrus Speaks Out About Tattoo