Star Wars: You Can Have a Vacation in Tatooine! 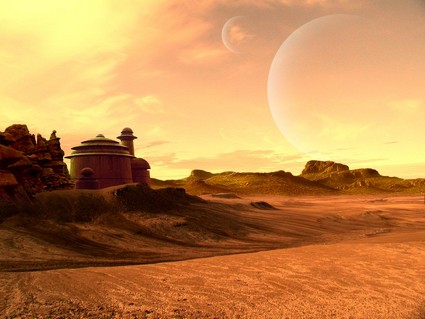 The Dar Hi hotel, with its amazing architecture, makes it a suitable futuristic place for us fans to have our nerdgasms or for those of you who are just looking for a beautiful place to stay. The nerdgasms are usually caused due to the fact that the town of Tozeur and salt lake of Chott el-Jerid is known as Tatooine.

When I found this out I instantly thought, “shut up and take my money”. Now I’ve added another thing to places I want to travel to, not only do I want to go to New Zealand and try to visit a Hobbit Hole, but now I’ll have to go to Tozeur and Chott el-Jerid and find Mos Eisley.

Xbox 720 to have a Wii U Type of Touchscreen Controller?