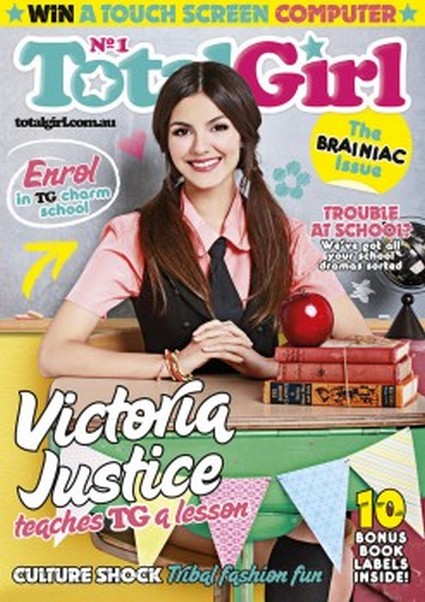 Victorious star Victoria Justice, 18, graces the cover of Total Girl Magazine.  For the cover they have Victoria dressed like a school girl.

Victoria just announced via Twitter that she plans to kick off a summer tour starting August 2 2012 in Costa Mesa, California.  She tweeted:

“My big announcement is… I’m doing a summer concert tour”

No news yet on what cities the tour will hit but we will post them when we get our hands on them!