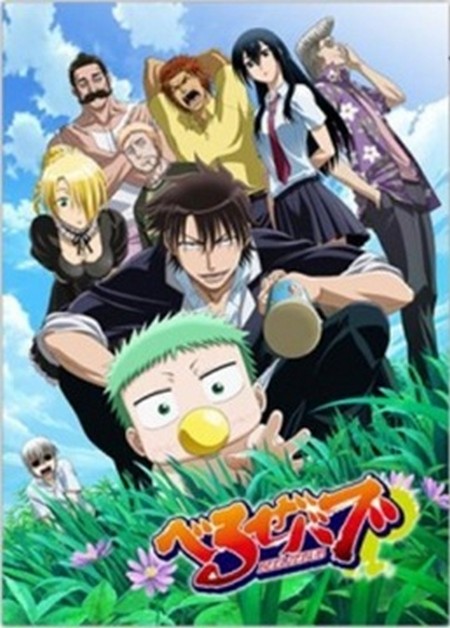 The anime based on Ryūhei Tamura’s manga Beelzebub is confirmed to be ending on its 60th episode on March 25th. But fans don’t need to worry, the manga will still be continuing in Weekly Shonen Jump. Since the last episode of the anime is going to be named “Sayonara walimasen” which translates to “We Don’t Say Farewell”.

Personally, I don’t feel all that upset with it ending because I only got through maybe 36 episodes. Don’t get me wrong the series is incredibly hilarious, I loved the delinquent setting. In all it’s a great series, but I always did prefer reading the manga, I found it easier for me to pay attention; since in the anime I got slightly bored and forgot to watch future episodes.

Here is the plot: Tatsumi Oga is a first year student in Ishiyama High School, a school for delinquents, where he is called the “strongest juvenile delinquent”. One day while sleeping next to a river, Tatsumi sees a man floating down it. Tatsumi pulls him to shore and the man splits in half, revealing a baby boy. This boy, Beelzebub, is the son of the demon king, and Tatsumi, along with Beelzebub’s demon maid Hilda, has been chosen as the one to raise him.

Either way it’s a great anime/manga and I do highly recommend people give it a try, especially those who love comedy and action.

Simon Cowell Blasts Into The Past with a ‘Mullet’

One Piece Anime Used to Teach Kids in High School