BioShock Movie Will Stay True To Itself 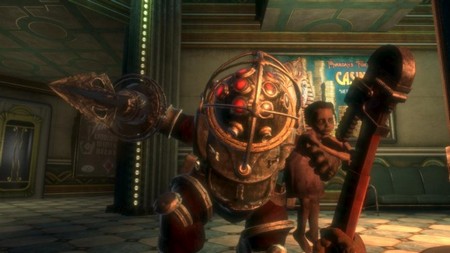 BioShock was a huge hit when it was released in 2007. To be honest it just simply blew my f*cking mind when I first played through it. BioShock’s setting takes place during 1960, in a fictional under water dystopian city called Rapture, as you play through the game you learn more about its history through the in game audio recordings. But, due to the struggle for power and genetic tinkering, it destroyed the future of Rapture. Seriously Rapture is a very well designed dark and eerie place to play in.

Gore Verbinski was supposed to be directing the film adaption of BioShock at first for Universal but he decided to just stay on the project as a producer. Juan Carlos Fresnadillo, who directed 28 Weeks Later, was next in line to direct the film recently he was being cautious about whether he would really being directing it. But now It’s official he said that he’s off the project for good.

It’s said that Universal wants to make it PG-13, while 2K games and the developers think otherwise, they want something that will stay true to the games. Verbinski said he wants it to be a hard R rated film and that he and Universal were working with Fresnadillo to lower the budget. It doesn’t seem like this is going the happen but I hope it does work out the way Vernimski wants because we don’t want this becoming another Super Mario Bros. film….

Levine last year said, “for us there’s no burning desire to have a movie made just to get it made. For us and for Take-Two, it’s really got to be something that will a) give the fans something that they want, and b) for those who don’t know BioShock, really introduce them to something that is consistent with the game, and is it going to be a good representation of the game. There are differences between games and movies, no doubt, but the movie has to draw from the same DNA in terms of the world and the story beats. But you know, we don’t have a need to get it made.”

I’m very proud of Levine’s words. BioShock was amazing and there should be a film made for it that will stay true to the games. Seeing Rapture on the big screen would be so damn awesome.

Music Review: J Cole ‘Drank in My Cup’ is Trash