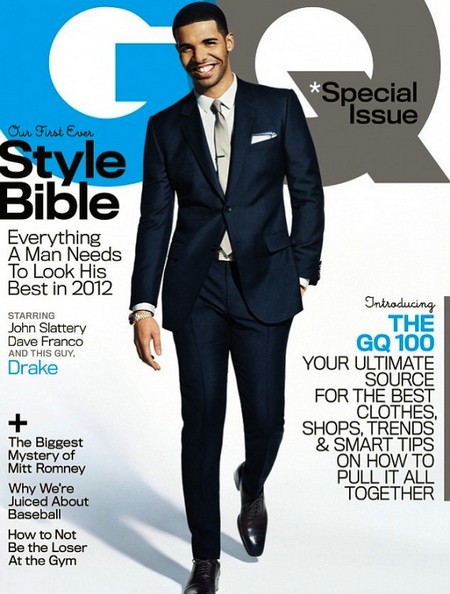 Canadian singer Drake, 25, graces the April 2012 cover of GQ.  Drake is one of the three men featured on the April 2012/Style Bible issue!

In the interview he admits the suave star admits he used to sleep with ‘tons of women’, but now it ‘just doesn’t really work’ for him.  He said:

‘Where I was in that sort of “I’m young, I’m going to disconnect from my emotions and just do what everyone else tells me I should do and just be a rapper and have my fun.  And for me as a person, it just doesn’t work. I just need something else.’