Gandalf Trying to Save The Hobbit 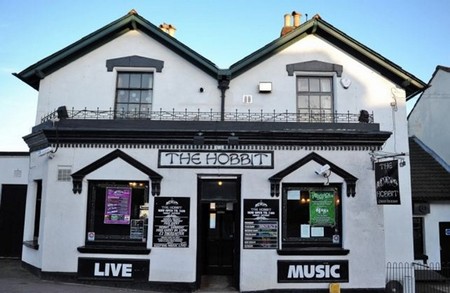 Middle-earth Enterprises owns many of J.R. Tolkien’s work and have had their eyes sighted upon one bar, its name is “The Hobbit.” The bar has been accused of using the name “The Hobbit” for profit and are being told to change it.   But film producer Paul Zaentz is saying that a $100 licensing fee may just be enough to solve this problem.

The thing is, this bar has had the name “The Hobbit” now for over twenty years, way before the “Lord of the Rings” was even made into a film. Both actors of from the film “The Hobbit”, Stephen Fry and Ian McKellen have both stated that they are in full support of this bar.

The bar has characters from both “The Hobbit” and the “Lord of the Rings” painted all over the walls in graffiti style. Even the shots and cocktails served at the bar are named after the characters in the series, for example Gandalf, Legolas, Bilbo and Frodo. But even though it is only meant as a tribute to Tolkien’s work, the bar has been told to rebrand the bar before the end of May or they’ll have to face legal action.

Ian McKellen has stated that these actions are, “unnecessary pettiness”. Even on his own blog he’s said, “I haven’t been there but it’s clearly not a place to ill-treat hobbits, elves, dwarves and wizards, in any way. So what’s the problem?”

As a huge fan of both the “Lord of the Rings” films, the books of each story and have an immense amount of anticipation for “The Hobbit” film, I find this disappointing. Why must it be considered wrong for a bar to make tribute to such a beautiful work of art? It’s nothing but a waste of time since this bar has been around a lot longer than the Middle-earth Enterprise. Before the day I die I can honestly say that I have to visit this bar, no matter how far it is, such an amazing tribute should be seen, in person, for a fan like myself.