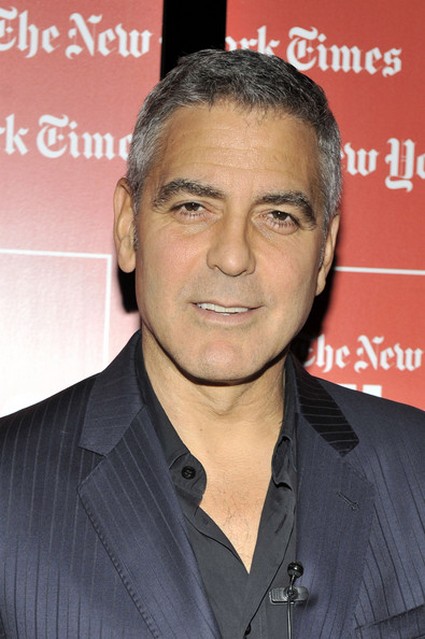 George Clooney for decades has been surrounded by rumours of being an “in the closet homosexual”, but this doesn’t bother Clooney. He’s insisted that there’s no shame coming out as a homosexual.

Despite the fact he’s dated several beautiful women in his life, his sexuality is still questioned. His current girl friend is 32 year-old, former wrestler Stacy Keibler and damn is she a looker; even though he’s dating her people still spew out the accusations of him being gay.

He doesn’t feel any pressure to put people straight because he has a lot of respect for the gay community. He’s said himself “I think it’s funny, but the last thing you’ll ever see me do is jump up and down saying, ‘These are lies! That would be unfair and unkind to my good friends in the gay community. I’m not going to let anyone make it seem like being gay is a bad thing. My private life is private, and I’m very happy in it. Who does it hurt if someone thinks I’m gay? I’ll be long dead and there will still be people who say I was gay. I don’t give a s***.”

Soon the actor will be joining gay actors such as Jesse Tyler Ferguson and Matt Bomer for a one night only reading of Dustin Lance Black’s Prop 8 play this weekend, showing how he truly doesn’t care about what others think of him.

Proudly he said “One day the marriage equality fight will look as archaic as George Wallace standing on the University of Alabama steps keeping James Hood from attending college because he was black.People will be embarrassed to have been on the wrong side. So it’s encouraging to know that this too will seem like such a silly argument to our next generation.”

Can You Believe Tim Burton Was Fired?