Is Meat Loaf’s Ilness more serious than we think? 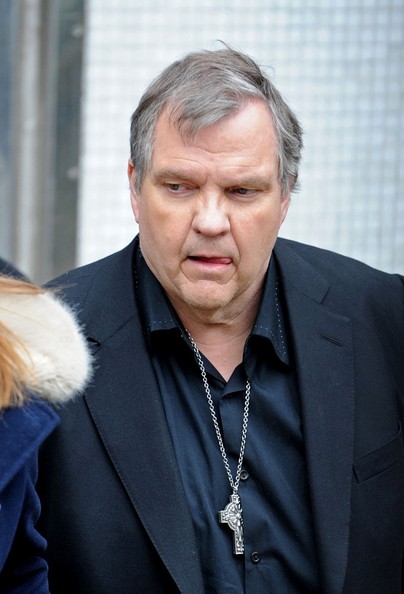 Meat Loaf was supposed to be on ITV’s Loose Women and was seen joking around with a banana on his head in the green room, but a couple of minutes before he was to be interviewed he started to feel unwell and couldn’t appear on the show.

Hostess Andrea McLaean said to the viewers “A little bit of sad news – I’m afraid Meat Loaf has taken unwell so he’s unable to join us for the end of the show… Meat Loaf, I hope you feel better soon.”

There have been no details on his current condition and the no details will no doubt worry his tons of fans world-wide. Last July, Meat Loaf passed out during two concerts but blamed it on a lack of oxygen aggravating is asthma, which I don’t think is true.

I got to so say he is one dedicated man, I find it quite awesome that he would prefer to pass away on stage, but I hope that isn’t any time soon.

Nick and Kevin Jonas Golf for a Cause