Jamie Oliver Gets ‘Cheeky’ With Reporter 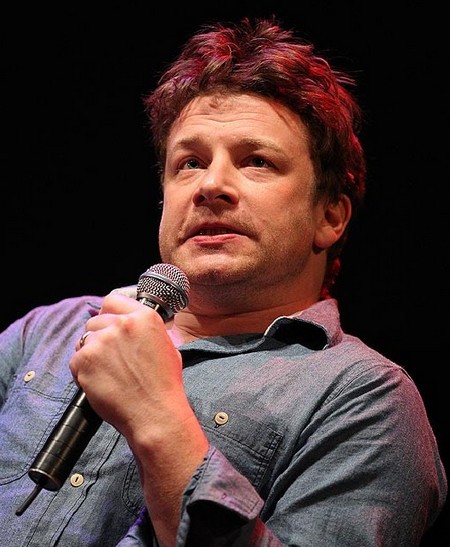 James Trevor “Jamie” Oliver, best known as “The Naked Chef” has widely broadcasted his campaign against the use of processed foods in national schools. Disgusted by the unhealthy food being served to school children and the lack of healthy alternatives on offer, Oliver strives to improve unhealthy diets and poor cooking habits in the United Kingdom and the United States.

Somewhere in the middle of his campaign, the popular British chef forgot to take his own advice. The 36-year old put on a staggering amount of weight and looks very unhealthy himself in recent photos where he actually looks like he’s got ‘squirrel cheeks’!

When asked by a reporter in Australia about his weight gain during a launch for his Ministry of Food Down Under, Oliver had this to say: “Thank you for noticing, you bitch. Working in the food business is quite hard when someone’s constantly asking you to try things. I eat fresh, I train twice a week. I could do better but I’m trying my best.”

I don’t know what’s more incredible about this story, Oliver’s weight gain or his calling a reporter a bitch. Obviously he is very insecure about his weight, I don’t blame him – but he really has to practice what he preaches since he is known for preaching to school children about unhealthy eating.

The Garbage Pail Kids are back?