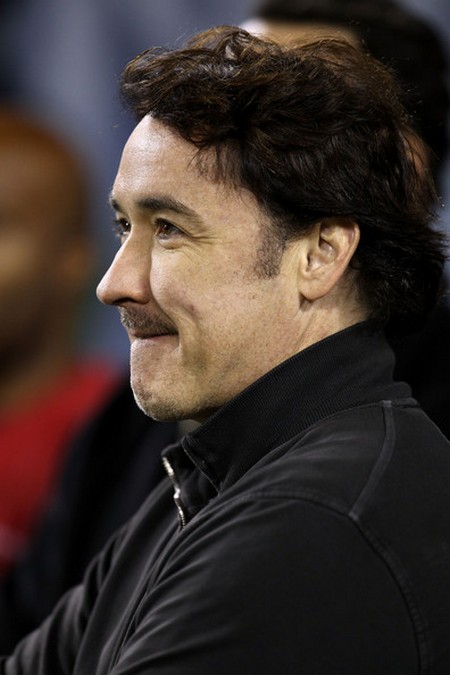 John Cusack said “I just did this movie called The Paperboy and I spent a lot of time in the swamps with some alligators. I’m not a big fan of mosquitos. Alligators and mosquitos in the summer in Louisiana was not my favourite thing.” I don’t really blame him mosquitos are so damn annoying.

He slimmed down for his role in the new film The Raven where he plays the role of a 19th century horror novelist named Edgar Allan Poe, who’s trying to solve a murder mystery.

The plot is about Edgar Allan Poe who joins forces with a young detective to hunt down a mad serial killer who’s using Poe’s own ideas from his novels for his brutal murders.

For this role John went and lost 25 pounds, which is quite a lot. He said “I grew a little goatee, grew my hair out and dropped a little weight because he was very thin.” He somewhat looks like a bad ass in this film.

But that’s not all, he also explored a bit of his dark side for this film “It was kind of exhilarating in that way, there’s some sort of sense of letting loose and letting all your inhibitions go, that’s kind of exciting and dangerous too.”

The film doesn’t look all that bad in my opinion, the plot seems interesting and I like John Cusack as an actor, but I think this isn’t theatre worthy I might rent it when it comes out on DVD.

Jamie Oliver Gets ‘Cheeky’ With Reporter