Kanye West is a Coward on the ‘Catwalk’ 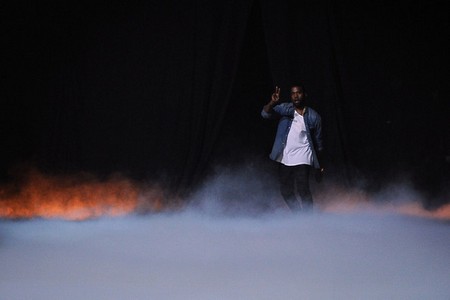 Kanye West banned all journalists from viewing his Paris Fashion Week show because he was worried that the journalists would slander his designs.

In the end Fashion writers who attended Kanye’s Paris Fashion Week show were let down and felt disappointed, even the models tweeted how they all hated Kanye’s shoes because they were uncomfortable.

In the end I think it’s incredibly cowardly for Kanye to turn down the journalists, if he can’t handle their criticism then he shouldn’t have made his own clothing line. We learn from our mistakes but obviously Kanye doesn’t think he makes any and if he keeps hiding from the Press, he’s bound to fail anyway.