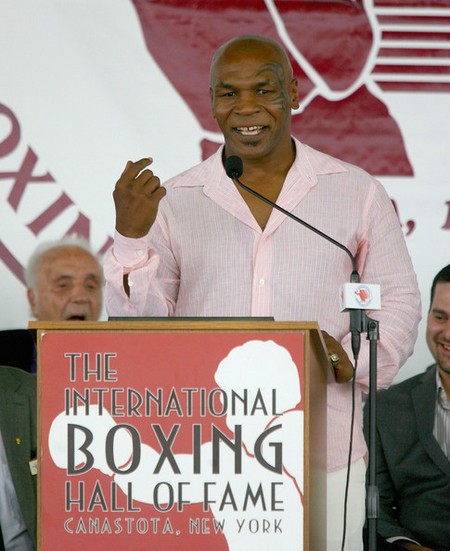 Next month ex-boxer Mike Tyson will be having his own and new one-man show in Las Vegas when he will be performing a monologue which revolves around his life in, “Mike Tyson: Undisputed Truth – Live on Stage”.

Tyson said this about the show, “I hope people are entertained, and happy. I hope they get to know certain things. My story’s not pretty. There’s lots of ugly stuff – not knowing if my mother ever loved me, or who my father was.”

I think this will be an interesting show since it will mostly focus on Tyson’s childhood, he’ll be talking about things, like the difference between him and his older brother, who became a doctor while Tyson as a teenager fell in the a life of crime.

Earlier this month Tyson pitched an autobiographical TV series which was called Da Brick to HBO directed by Spike Lee, but sadly HBO declined to pick up the show.

At the young age of 20 years-old, Mike Tyson became the youngest person ever to become the Heavyweight Champion, but he also ran into many legal problems throughout his career, which would include the incident in 1992, a conviction of raping a teenage beauty queen, Desiree Washington.

Tyson has made several cameos on television since his boxing career ended on shows like Entourage and Brothers. He also has had cameo appearances in the Hangover movies as well as being confirmed for a role in the upcoming Hangover 3.

His new show “Mike Tyson: Undisputed Truth – Live on Stage” will start on April 13th, 2012 at the MGM Grand Hotel and Casino in Las Vegas and it will be ending on April 18th, 2012.

Engaging in Creative Activities Can Boost Kids’ Sense of Well-Being