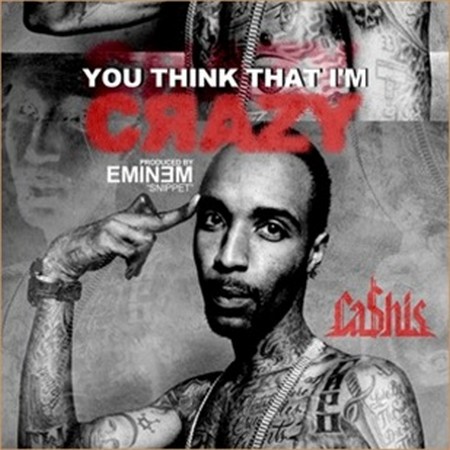 I haven’t listened to Ca$his since G-Unit, so I was kind of skeptical wondering if he’d be any good now. I wasn’t feeling the whole chorus like thing, where it repeats in the life of a G; I wasn’t feeling it. But Ca$his flows really well with the instrumental, his lyrics were also good but I think he could do slightly better but the rhymes were great.

The Instrumental was too slow but has a rough and aggressive feel to it, I really didn’t know it at first after listening to it but apparently Eminem produced it. Like I said before, I felt it was a perfect complement between the instrumental and his voice.
When the full version releases I think I will listen to it again, it has a very memorable sound. More of what the 90’s rap sounded like, which I love. Maybe not iPod worthy, but definitely deserves a couple of replays.