Naruto the Movie: Road to Ninja 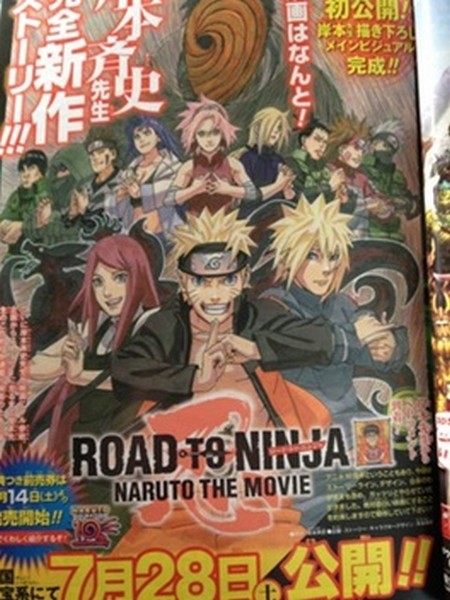 Within the 17th issue of this year’s Weekly Shonen Jump magazine it was announced that Masashi Kishimoto, the creator of the popular manga series Naruto is personally writing the all-new story and designing all the characters for the newest movie “Naruto the Movie: Road to Ninja”. This film marks the 10th anniversary of the anime for Naruto, the film will open throughout all of Japan on July 28th.

To be honest I’m incredibly excited, I’m a huge fan of Naruto. But still just knowing that we fans in North America haven’t even gotten to see the last Naruto movie which was “Blood Prison” yet, I’m sure this movie will take long for us here to see it. But other than that, I have huge expectations for this film since Kishimoto will be doing the story and characters; that just adds a whole ton of awesomeness on top of it.

The artwork for the announcement of the movie in the magazine looks awesome, but I’ve only got one problem with it. Where’s team Gai? We have Gai-sensei himself there but no Rock Lee, Neji or Ten-Ten. As a huge Rock Lee fan, it kind of disappoints me. But the best part of it is the front, Naruto with his mother and father beside him it look really nice.

Mass Effect 3: A New Ending Being Made