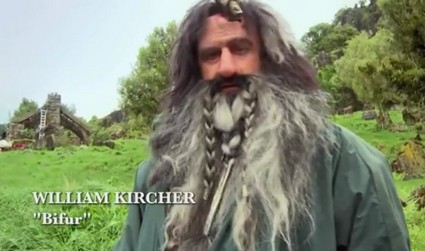 For those of you who are huge fans of the Lord of the Rings trilogy and can’t wait for the first part of The Hobbit, I’ve got something you’ll love to see. Peter Jackson has released a twelve minute long behind the scenes video, which shows how production is doing. Jackson has been making a series of video blogs to show us the adventures and what the crew go through shooting in New Zealand. This is the sixth video of the series and the first one released this year. Watch the video down below to see the progress of something amazing being made.

I’m very much appreciative of Peter Jackson’s creating this behind the scenes video, I like watching the crew’s experience with making the film. New Zealand has got to be one of the most beautiful places I’ve ever seen, I’ve got to visit there one day.

The Hobbit: An Unexpected Journey will be coming out in 3D, 2D and IMAX theaters on December 14, 2012 and the second part The Hobbit: There and Back Again will release on December 13, 2013. Each behind the scenes video I see the more I get excited for this film, it’s seriously going to be one of those movies you just can’t miss.