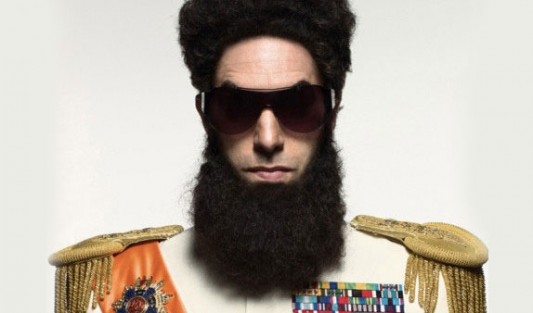 The Dictator is a new film from the creator of Ali G, Borat and Bruno and star Sacha Baron Cohen. The first teaser and trailers for the film were pretty vague, sure it was kind of funny but there wasn’t enough to show what the plot of the film would entirely be about.

Recently a new trailer for The Dictator came out and damn I must admit it looks like it’s going to be f*cking hilarious! Well in my opinion it was, since the trailer actually reveals what the plot of the film will be.

To just make it short, the plot is about Admiral General Aladeen (Sacha Baron Cohen) visits New York City, but then is kidnapped and gets his identity stolen. He now has to try to get himself back to his country.

My favorite parts of the film has got to be the beginning, the comment where he’s recommend to visit the Empire State building made me laugh, where he kicks the kid and the best of it all was when Aladeen was in a helicopter with a friend I assume and try to be American tourists that made me laugh so hard I was almost in tears!

Seriously this movie looks like it’s going to be very good, surprisingly it looks theater worthy for me. I wasn’t expecting it to be this funny, can’t wait to actually see it when it’s released.

Katy Perry Says ‘No’ To Bullying