One Direction Given Kiss Of Death From A Beatle 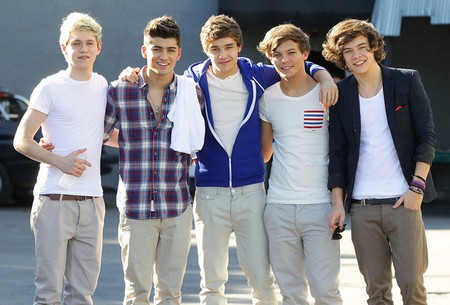 Sir Paul McCartney has warned One Direction being compared to The Beatles could be a “kiss of death.”  The Beatles are one of the biggest bands in history, but Paul – the group’s songwriter and bass player – thinks too much pressure is put on artists when they’re compared to such iconic acts, and instead people should just call them “the next terrific band.”

He told ITV1’s Daybreak:  “There are so many bands who all get called, ‘The next Beatles’.  “Suddenly it puts an awful lot of pressure on them to be the next Beatles.”

“Oasis were, ‘The next Beatles’ once if you remember. It’s a pressure, because suddenly you’ve got to live up to all the things that we did, and it was a different time. So let’s just call them, ‘The next terrific band.'”

One Direction are currently taking America by storm and earlier this month made history by becoming the first UK act to top the American chart with their debut album, ‘Up All Night.’

Paul wishes the boy band well for the States, where they are returning for another tour later this year.