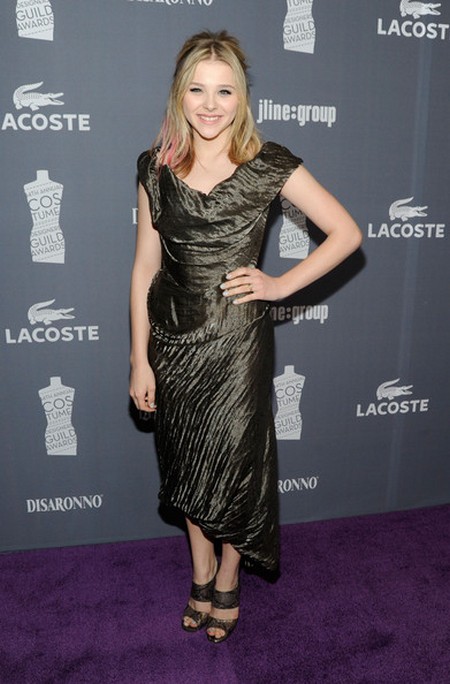 Chloe Moretz is set to play the lead in a reboot of the classic horror movie ‘Carrie.’  Sissy Spacek starred in the original.

The 15-year-old actress – who will be seen in a film version of ‘Dark Shadows’ opposite Johnny Depp later this summer – is up against Hayley Bennett to take on the part in a new interpretation of the classic Stephen King horror.

‘Boys Don’t Cry’ director Kimberly Pierce is creating the adaptation of the project, which is reportedly closer to the book than to Brian DePalma’s 1976 version.

In addition to Chloe and Hayley, both Julianne Moore and Jodie Foster have been approached to play Carrie’s mother.

‘Carrie’ tells the tale of a young girl who uses newly-discovered telekinetic powers to avenge those who tease her, and upon release was one of the most banned books in US schools.

Chloe is best known for the role of Hit Girl in ‘Kick-Ass’ alongside Aaron Johnson, and has since starred in films including ‘Hick’, ‘Hugo’ and ‘Texas Killing Fields’.