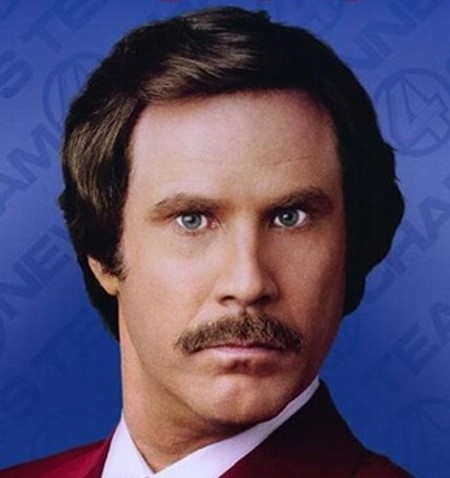 It’s been several years of rumors of a the possibility and now it finally has been confirmed,  there will be a sequel to “Anchorman: The Legend of Ron Burgundy.” The best part of this news is that Will Ferrell himself came out with the announcement.

On Conan O’Brien’s talk show Will Ferrell attended as his character from the movie, Ron Burgundy. Ferrell said “I want to announce this to all of our friend in the Americas, Spain, Turkey and the U.K. – including England – that as of 0900 mountain time, Paramount picture and myself… ave come to terms on a sequel to Anchorman.”

Apparently Steve Carrel and Paul Rudd have also both agreed to reprise their roles in the film, since the first film lead them to movie success after. But it’s also said that for the sake of the budget of this film Ferrell, Rudd and Carrel have all allowed to have their paycheck be cut by a generous amount and the money to be put into the film instead. So I think we can expect a great comedy from this film that could even surpass the first, since it seems like this movie is being made with so much more dedication.

One Direction Given Kiss Of Death From A Beatle