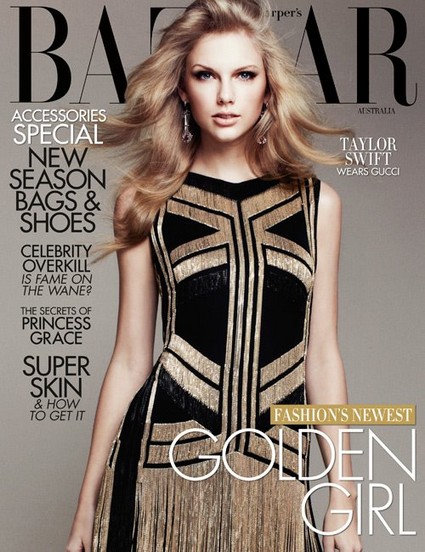 Taylor Swift, 22, who has previously dated stars including Taylor Lautner, Jake Gyllenhaal and Joe Jonas – was spotted by an observer looking upon  NFL star Tim Tebow “like a little puppy dog” when the pair had dinner with three other friends at Toscanova in Los Angeles recently.

A source told Us Weekly: “There were no public displays of affection between Taylor and Tim, but she surely looked happy to be there.”

Another insider added: “Yes, she has a crush on him. She is a massive fan, but I don’t think he sees her that way.”

During the two-hour meal, Taylor was spotted sipping on a cafe latte, while the Denver Broncos quarterback enjoyed chicken paillard, fettuccine bolognese and cappellini.

However, the blonde beauty is said to have embarked on a “friendship” with the 24-year-old hunk, rather than a romance.

The source added: “They actually have been speaking a lot about the Bible and Christianity. Right now it’s on the friendship tip – even though that frustrates her.”

Taylor recently admitted she “really loves” writing about her relationships and is fascinated by the way they change as she grows older.

“I really love to go back to human interaction and the way we make each other feel. But that at 22 is different than it was at 18 or 19 when I made my last album at 16 and 17 when I made ‘Fearless’. As you grow, you change in the way you process emotion.”