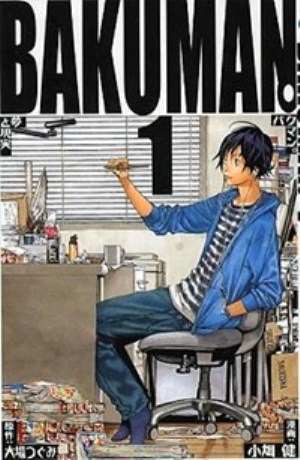 The duo of TsugumiOhba and Takeshi Obata have decided that their manga series ‘Bakuman’ will be ending on April 23rd in the 21st/22nd of Shueisha’s Weekly Shonen Jump. I have to say that I really loved this series and have been following it for quote a long time and it’s sad to know it is coming to an end.

This duo team were also the creators of one of my personal favorite and possibly one of the most popular series in North America which was ‘Death Note’, I believe that both ‘Bakuman’ and ‘Death Note’ were awesome works of art that were very different compared to other manga.

But while this story’s end only means that we can look forward to their next work, I can’t stress how excited I am about this. Will they take another approach to something like ‘Death Note’ with a very dark atmosphere or a more realistic one such as ‘Bakuman’, or even something just incredibly different?