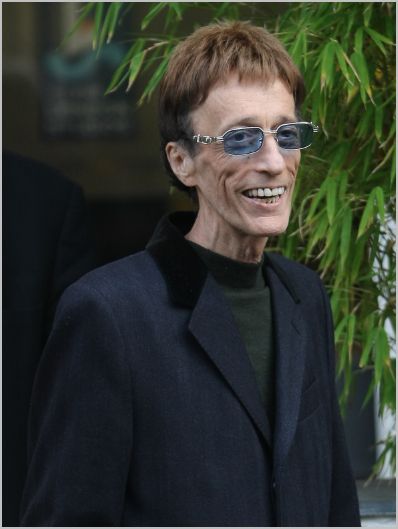 Robin Gibb now at the age of 62 may have developed a case of pneumonia, since announcing that he was in remission from cancer not so long ago. Barry came from the U.S., in Tennessee to join family members at Robin’s bed side at a private clinic located in London yesterday and later Stephen, Barry’s son flew in from Miami.

In the beginning it seemed that Robin was winning the fight against cancer after going through chemotherapy since he was diagnosed last year. Last month he said “As far as the doctors are concerned, they’ve got it.”

He’s been fighting the disease at home in Thame, Oxon, with his wife Dwina staying by his side. As the weight started to drop at a quick rate, his family and friends started to worry. His spokesman made no comment last night.

Robin’s problems with health began sometime around October 2010 when he had to have an emergency surgery to treat his twisted bowl, quite awkward that it’s the same condition that killed his twin brother Maurice nine years ago.

In April last year he was rushed to the hospital due to the ‘cause of abdominal pains, which was in fact undetected cancer.

Teaser Released for Naruto the Movie: Road to Ninja