Game Review: The Walking Dead: Episode One: ‘A New Day’ 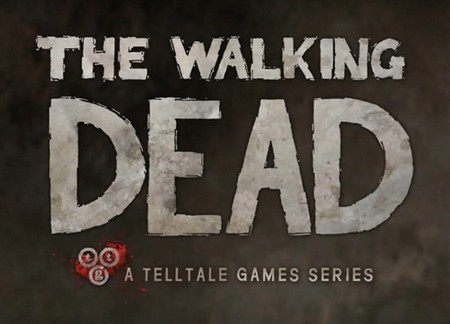 I was very skeptical when I first heard that there was going to be a videogame adaption of The Walking Dead. Now I’m going to be brutally honest, I’ve never read the comics and I have only watched maybe 2-4 episodes of the actual show, but I bought it regardless of that and I must say it exceeded my expectations.

Telltale Games developed the game and I find that they did a really good job with it, especially in the story telling. Also, I really like the graphics, how it looks like a comic book, with all the cell-shading, it makes it look unique.

The Walking Dead game is in the form of 5 episodes, the first one which recently released is called “A New Day” and it’s available for download on the PC, Xbox360 and PS3.

The protagonist of the story that you play is Lee Everett, in the beginning Lee is first found in the back of a police car on his way to a prison for a crime that we have no clue whether he committed it or not. In the beginning he has no idea that there are zombies roaming around the place.

During the events of Lee trying to survive this zombie apocalypse, Rick is still lying in the hospital unconscious. Yes there are some familiar faces in the game, but there’s also a new cast of survivors that you get to interact with.

Now this isn’t an action zombie game like Left 4 Dead, you’re not running around the place hacking, slashing and turning zombies into Swiss cheese with a gun. The game focuses mainly on the survival aspect which makes it so much more fun and different compared to many zombie games. But there are parts where there is action but it’s like quick time events and they’re well done also and don’t worry you might think that the gore and violence in the game might have been made more dull, but that’s not the case it’s pretty realistic especially when you smash a zombies head in with a hammer. 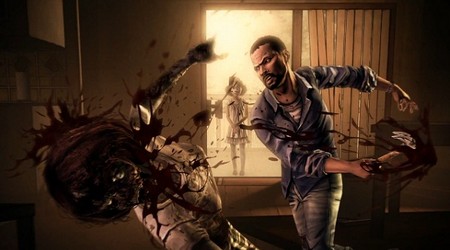 The choice system is one of the greatest things in this game, it’s nothing really all that new but they pulled it off very well in this game. When your given questions to answer, you have a limited time to pick from about four choices which will affect the way the story line plays out. I’m not kidding, sometimes I found myself making choices I had to act and think quick. It makes you really care about what you chose and I have a feeling that these decisions will become important in later episodes and I guarantee that each play through will be different from one another depending on the choices you’ve made. It’s pretty cool that when you finish the first episode your able to see how many other people chose the same decisions as you did.

The Voice action was excellent I seriously got attached to many characters from the game, since you can make choices that are extremely important, for example who lives who dies. I especially liked two characters’ voice acting, first is Lee, the guy did an amazing job with him and there’s this old guy that appears somewhere in the game as an extreme asshole, I felt like making Lee punching his face in many times but regardless of that his voice acting was also amazing. 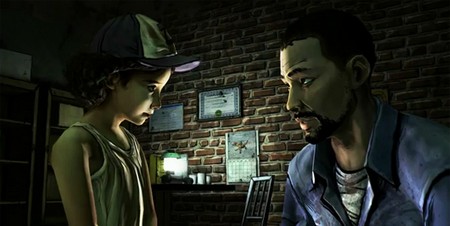 If you are not sure if you should buy this game or not, I’ll let you know that I felt the same way but I just ended up doing so and was surprised to find such an amazing game. If you want a game with an excellent well driven story that makes you can’t wait for the next part then this game is meant for you. It’s a zombie survival game you can’t miss.