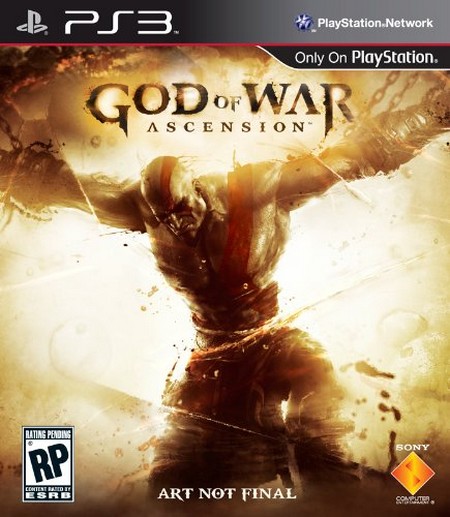 God of War: Ascension is technically God of war IV that many have been wanting, rumours of the game started to spread around for month, but a post last week on PlayStation’s Facebook made things more interesting. Today it’s been confirmed that there will be a God of War IV thanks to Amazon, since today they posted the games box art and teaser trailer.

As you can see from watching the trailer it sadly shows no gameplay, but hey that’s all good we get to hear some narration from the Titan Gaia, in it I find that it seems that it sounds like this is going to be prequel to all the God of War games. Gaia said “A time when in spite of the madness that plagued him, Kratos would break his blood oath to an unjust God. A time when he will no longer be bound in blood.”

Many have played and loved The God of War story and have already seen Kratos pledging his allegiance to Are, having the Blades of Chaos burned into his flesh and killing his wife and daughter due to a trick Ares played on him. Gaia’s very words make it have a high probability that God of War: ascension will show what happened to Kratos before all of those events.

I’m very excited to see another God of War game being made, since the previous games were very enjoyable. The fact that it might be a prequel doesn’t really bother me; I’m interested in seeing what Kratos did before the events of the c