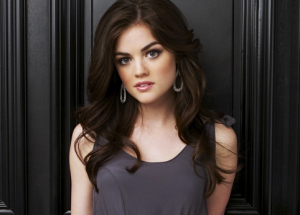 This week’s episode of Punk’d seems promising with Lucy Hale punking a great list of celebrities. Hale, 22, starts out the episode targeting The Hunger Games star Josh Hutcherson with what appears to be a staged stalker. Then, she goes after her Pretty Little Liars costar Ian Harding (who also plays her character’s love interest), getting him arrested. Her last target is Vanessa Hudgens, who witnesses a dollhouse become victim to a hit and run.

Hale is the second female host of the show since celebrities have taken over Ashton Kutcher’s former job. “Ashton felt that the show could use a little more female sensibility so I figured, ‘Why not give it a shot?” Lucy said about getting asked to do the show.

The episode airs this Thursday, April 19th at 10PM ET/PT on MTV. Tell us, who has been your favorite host so far?