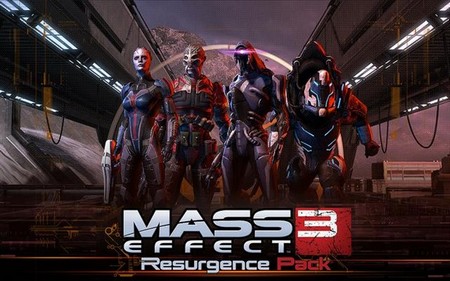 They’ve announced the Extended Cut that will explain the endings with more depth, but it won’t have any new playable content. But, don’t worry though Bioware has got that covered, since new playable content will be releasing very soon and will make multiplayer so much more enjoyable to what it already is now.

The Resurgence Pack will give us two playable races, the Batarian and Geth. Batarians will have two classes, Soldier and Sentinel, while the Geth will be able to be an Infiltrator and Engineer. Krogans will be able to become Vanguards and an Asari Justicar Adept. But that’s not all, it will also have new weapons and maps included.

Yes this new Resurgence Pack will be completely free and damn am I ever excited! I’ve always wanted to play as a Geth and also find it very interesting to play a Batarian.

The Resurgence Pack will be coming out on April 10th, 2012 on Origin, Xbox Live and the North American PSN, sad to say for those of you in Europe will have to wait till April 11th, 2012.

Will Aliens: Colonial Marine Be a Hit or Miss?