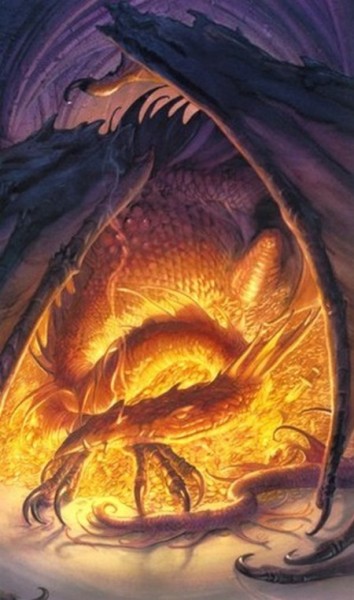 No one can compare to the fortune Smaug has collected. The dragon from Middle-earth dominated Forbes list of 15 wealthiest characters, runner up on the list is Flintheart Glomgold. As you’ve might of already guessed the accounting doesn’t seem like it’s all that reliable since out of coincidence all the men, women and creatures in Forbes top 15 lists all come from pop culture franchises that are currently hot now.

Forbes has said that all their calculations aren’t something that they’ve just pulled out of their asses “To qualify for the Fictional 15, we require that candidates be an authored fictional creation, a rule which excludes mythological and folkloric characters. They must star in a specific narrative work or series of works. And they must be known, both within their fictional universe and by their audience, for being rich. Net worth estimates are based on an analysis of the fictional character’s source material, and where possible, valued against known real-world commodity and share price movements. In the case of privately held fictional concerns, we seek to identify comparable fictional public companies. All figures are as of market close, April 1, 2012.Final valuations are calculated with a grain of salt, and a willingness to break our own rules. ”

Here’s the list for those curious to see it –

I’m not surprised that Smaug is the richest of them all, if you seriously calculated Smaug’s fortune, including the number of diamonds encrusted in his scales and the giant mound of gold beneath him, it makes complete sense.

Game Review: The Walking Dead: Episode One: ‘A New Day’