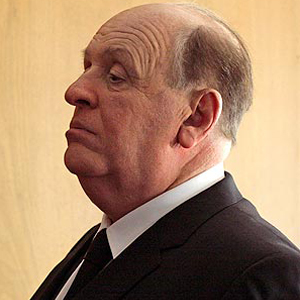 Just in case some of you disappointingly don’t know who Ralph Macchio is, he is the original Karate Kid and will be in the upcoming film “Hitchcock” which was formerly given the title “Alfred Hitchcock the Making of psycho”. After Ralph’s role as the Karate Kid, it seemed like he just disappeared from us all, but no worry if you check his filmography you can see that he’s been busy with some work that’s a tiny bit under the radar. Recently he had a pretty large recurring role on ABC’s Ugly Betty.

Ralph will be playing the role of Joe Stefano, who’s the screenwriter of Psycho. The film follows a more dramatic version of the life of legendary director Alfred Hitchcock as he films his very own classic slasher film Psycho.

So we know that Ralph will be joining the cast for this film, but there’s more… Anthony Hopkins has the role of Hitchcock and Helen Mirren as Alma Revill who is Hitchcock’s wife. There’s a bit more names of cast members such as Scarlett Johansson, Jessica Biel, Kurtwood Smith, Wallace Langham and many others. I’m really looking forward to this film, what about you?