Robin Gibb Hanging On To ‘Flicker of Life’ 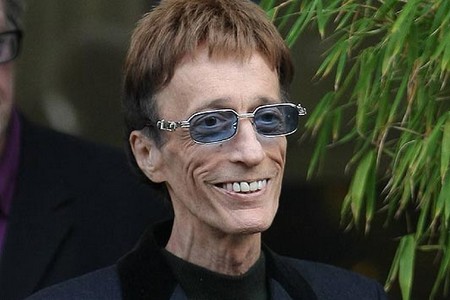 Legendary Bee Gees lead singer, Robin Gibb went into a coma last week and in hopes of his recovering, loved ones have been playing music trying to see if that will give them a response from him. As well, his older brother Barry even sang to him when he visited.

The Sun reports that a person close to Robin said , “There were flickers of life from Robin. His eyes moved and there was an attempt at speech. It was a good sign he is fighting hard for his life but he is certainly not out of the woods yet. The family have to remain very cautious.”

Robin’s wife Dwina and his children Melissa, Spencer and RJ have been staying at his bedside at the private hospital in Chelsea, West London. Barry, who is the only survivor of his three brothers, has flown in from the US with his wife Linda and son Stephen.

During an interview Dwina said “Barry was singing to him. Thousands of people are saying prayers every day.”

It makes me very happy to see that Robin is giving his absolute best to fight this difficult battle against cancer and I hope and pray that in the end he wins.

Zac Efron at ‘The Lucky One’ Screening