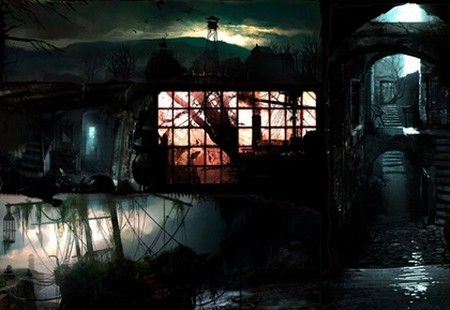 If your one of those people who‘s been disappointed with the more action focused recent Resident Evil fames, then you’re going to be happy. Creator of the Resident Evil franchise Shinji Mikami is working on a brand new IP with his recently revealed Tango Gameworks.

“Our latest project’s codename is “Zwei” and it is a survival horror game. The above image is a collage of different environments we put together for this announcement and is intended to give a feel for the tone and the direction the production is taking. (However, neither the code name nor the image is intended to tell you exactly what is in the game.) As a master of the ‘survival horror’ genre, Shinji Mikami is committed to making a game that is the realization of pure survival horror, an experience which he defines as one that pushes the limits of fear and exhilaration. He and his team at Tango are committed to attaining this vision.”

Also Mikam himself said “I’ve found my focus and once again I’m striving for pure survival horror. I am being very hands-on to see that the quality is there. Rest assured.”

Mikami will be the director for project Zwei, which is going to be published by Bethesda.

I’m so damn excited for this, I honestly don’t mind the approach he’s taken to the Resident Evil games but to just know that he’s going to make a pure survival horror game makes me extremely happy. Looks like I’m going to be pre-ordering whatever this game is going to be called as soon as possible.