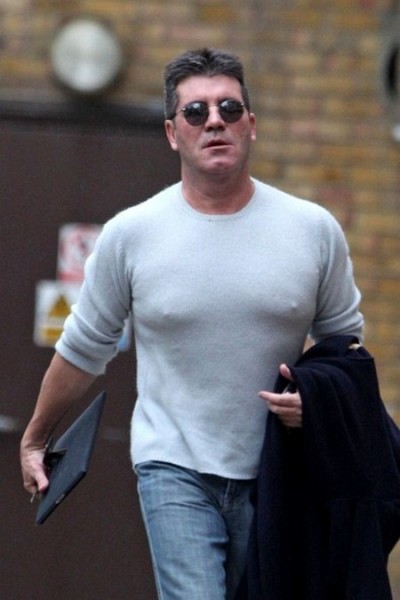 Yeah as weird as this sounds, Simon Cowell met this girl in a nightclub and he somehow smuggled her back to his hotel and when morning of the next day came he woke up to find her gone, also realizing his wallet and a laptop full of show secrets we’re nowhere to be found.

Simon’s team called the cops, who were able to trace this girl by using the footage found on the security camera. When they finally did find her she agreed to return his laptop which seems pretty important but not the cash in his wallet.

The robbery happened after Cowell had had a little too many Vodka mixes at Drai’s nightclub in Hollywood, this happened last October at a time of crisis during his career over The X Factor in the UK and US.

Simon being Simon, doesn’t learn and later that same week flew to Las Vegas with a couple of friends. They spent their time at a Halloween bash at XS nightclub and at 2am he led them to the Spearmint Rhino lap dance club.

When the party left at around 6am he was a little interested in one of the girl’s at the club, the friends he brought with him ordered him to leave them alone so that he wouldn’t get into any trouble, again!