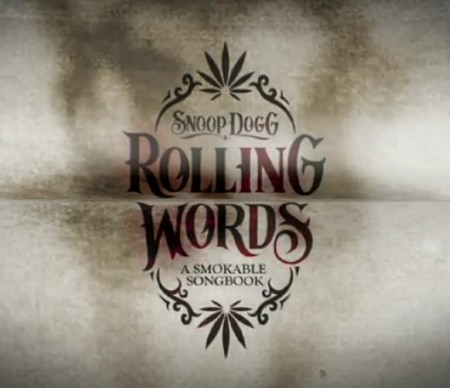 Yup it’s finally been done, Snoop Dogg has made a video promoting his new smokeable songbook called Rolling Words and I’m not surprised that he came up with this brilliant idea.

The book will be including pages of lyrics to some older songs he’s done, for example “Drop It Like It’s Hot, “Gin and Juice” and “G Thang”. Made mostly of hemp materials, the songbook even has a strike paper spine so that readers can light no matter where they are.

It hasn’t really been confirmed whether these songbooks will be sold at all, the venture is currently being used as a promotion for Snoops Kingsize Slim Rolling Papers. Those attending the Coachella festival later this month will have the chance to get one of these songbooks.

Earlier this year, Snoop was arrested In Texas for the possession of drug paraphernalia, all’s good though I find this idea of a smokeable songbook to be pretty funny and awesome at the same time.

Teaser Released for Naruto the Movie: Road to Ninja