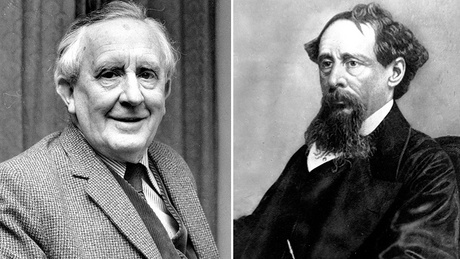 Michael Tolkien is the eldest grandson of the author who brought us some of my personal favorite books of all time, ‘The Hobbit and ‘The Lord of The Rings’ trilogy. He’ll being writing two books that are based on the stories that his grandfather use to read to him when he was a child himself.

Meanwhile, Gerald Dickens, the great-great grandson of Charles Dickens, who wrote so many classic novels, will be narrating the audiobook versions of Tolkien’s books, which will be released later this year.

Publisher of the first book, Thames River Press said that ‘Wish’ was inspired by a novel called ‘The Rose-Coloured Wish’ by Florence Bone’s and was published in 1923. It’s a story that Tolkien first heard of back around the 1940’s and 1950’s when he was young and he says he’d like to “recreate the spirit of the original in new dress.” Also Dickens said, “Wish is a timeless story which children will enjoy for years to come. Michael Tolkien has brought it to life in narrative verse.”

The other book ‘Rainbow’ is once again inspired by one of Bone’s novels called, ‘The Other Side of the Rainbow’ which was released in 1910.

Are you excited about this collaboration? It would have been really interesting if J.R.R. Tolkien and Charles Dickens had collaborated, don’t you think?