‘ALF’ Heading To The Big Screen 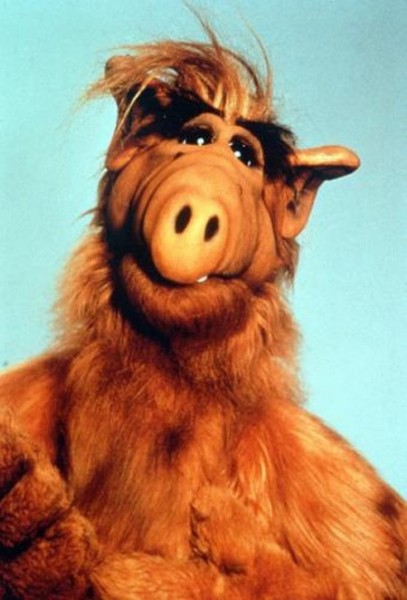 There have been many titles being rebooted of late, like The “A-Team”, “Dark Shadows”, “21 Jump Street”, the horrible Michael Bay “Turtles” film and so much more, but now there’s a possibility that Alf could be making a come back on the big screen.

The creator of ALF, who’s also the puppeteer behind him, Paul Fusco has recently announced that he wants to make a film about ALF to studios. Hollywood is currently interested in remaking films so I can actually see this happening, though so far not a lot of them have turned out that great.

Just in case some of you don’t know who or what the hell ALF is, I’ll give a brief description of what the show was about. ALF was a sci-fi sitcom t.v. series aired from 1986 to1990. ALF is short for Alien Life Form just in case you’re curious and he’s a friendly extraterrestrial who crashes his space ship in a families’ garage. This begins his new life on earth living with the Tanner family.

Paul is really convinced that now is the time for ALF to return “I think the timing is right. That’s a big important thing, timing. There have been movies out there of characters that I didn’t think were on the same parallel as ALF that got movies made, so I think it’s time. I think it could be a home run on a lot of levels.”

I can’t really say that I was expecting there to be an ALF movie even considered to be made, but from what Paul said it does make sense and I’d like to see ALF come back like many fans of the extraterrestrial do.

Will Universal Be Making The Same Mistake As Disney?