Aussies Give Us More Of ‘The Amazing Spider-Man’ 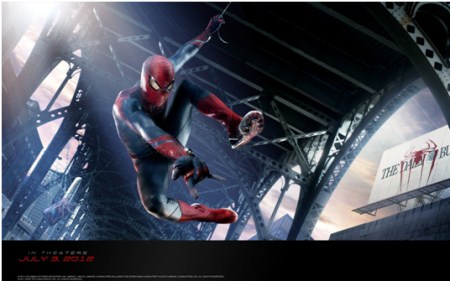 The Australian trailer for “The Amazing Spider-Man” begins the same way as the other trailers. It shows the same scenes, the same music is played throughout it and shows the same action scenes. Although, after that is all through, near the end it starts to show a whole lot of new scenes and I’m honestly just happy seeing a little bit of footage for the film since it’s the only film I couldn’t wait for this year probably because Spider-Man is my most favorite superhero and that I’m a huge fan of him.

Anyways, here’s the Australian Trailer below for “The Amazing Spider-Man”, there’s a bit of new footage at the end, if you’re one of those people who are afraid this could spoil it for you or what not, then just don’t watch it.

In the trailer, two obvious new parts is where Peter Parker tells Gwen “I’m going to throw you out the window now” and where he replies to the Football coach with “Too dangerous” after being asked to play. Then there’s a part where he’s on a skateboard in the beginning and several shots of The Lizard Man just doing some stuff and that’s pretty much it.