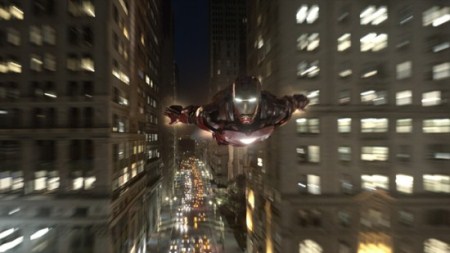 There has have been some interesting photos spoiled on the upcoming Iron Man 3. Some say that this could be a major spoiler of the new villain or it could be the appearance of a different type of armour for Iron Man. The thing is, I believe that it could most likely be a new armour type, since in the films his armor gets upgraded each film.

The pictures were took by an unknown source for all we know it could have been Spider-Man who took it, the photos were taken at the North Carolina set of the film and it’s been confirmed that a new armour will be in the film.

For those of you who fear the terror of spoilers I advise you to not read any further because down below there will be a couple and I know you’d rather avoid it.

It was said that Iron Man 3 would have the Iron Patriot suit, which is cross breed between Captain America in an Iron Man suit that was first shown In Dark Avengers # 1, 2009. Norman Osborn, A.K.A. The Green Goblin wore this suit during Captain America’s wake after his death.

Of course the bit with Norman Osborn can’t be part of the film for he being a character of Sony’s, it’s said that Erin Saving will be wearing the suit and he’s to be a villain so we know that the Iron Patriot won’t be a hero of any sort. 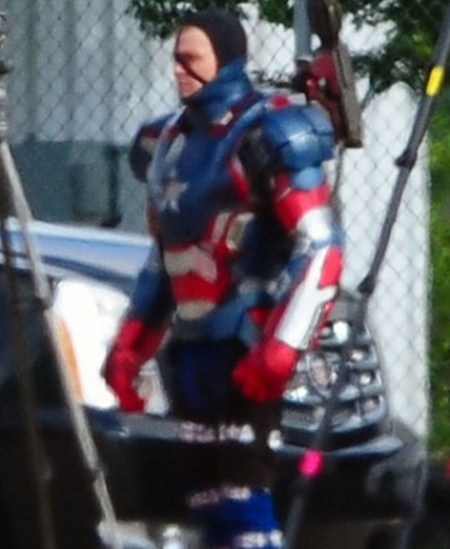