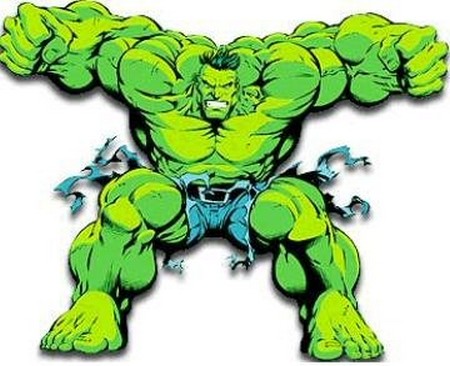 The Hulk is a very interesting character from the Marvel Universe. Many heroes have been well established in the company’s overarching storyline, there have been many alterations here and there for the Hulk, unlike the original persona of heroes like Spider-man and Iron Man. The Hulk has changed many times over the years; he’s been a hero, villain, antagonist and more.

Hulk on the big screen has also been changed, there are three incarnations of Hulk for film adaptions for the past decade he’s been played by Eric Bana, Edward Norton and Mark Ruffalo. The appearance of Hulk on the big screen has successfully pleased most fans here and there. Right now The Avengers is doing so well that they are considering on giving The Hulk another chance for his own film.

Kevin Feige who’s president of Marvel Studios said that Hulk was probably not going to get to star in his own film again. But when he was asked if he’d consider giving it another chance he replied with “Well, no. This was the other shot. Right? I mean, this was the third appearance of Hulk and everything that we had and were going for, we put in to Hulk’s appearance in “Avengers.” So, I love that people are saying that and are feeling that way about Hulk, but mission accomplished at this point. And the way we go forward, we’ll see. But it was a long road to get to this point. … But we’ll be very careful about it and deliberate — as we were in how we wanted to bring him back in “Avengers.”

But sometime today Paul Gitter the company President of consumer Products of Marvel, said otherwise. He said Marvel is “pleasantly surprised by the phenomenal response” to the current incarnation of the Hulk, sales are up in a major way. We repositioned him from where he was always misunderstood to now depicting him in a more heroic and aspirational manner.”

Gitter wants to sell Hulk now as a new corporate icon, and says that if The Hulk’s popularity continues to increase, Marvel will take advantage of the situation and probably make a stand alone film in 2015.

I want to see the Hulk have his own film again, no offence to the first two portrayals but I didn’t like them all that much, especially the second I just wasn’t feeling it at all. The Hulk is a very interesting character in the Marvel Universe and has an opportunity to have an awesome film adaption.

WakaFlocka Flame: Do Everyone a Favor and Retire Already!