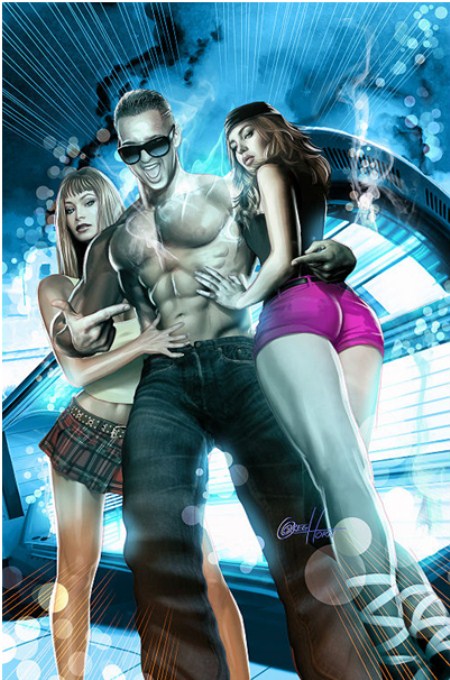 Jersey Shore star Mike “The Situation” Sorrentino has just revealed the cover of his very own Situation comic book, which will be produced by Wizard World and MPS Entertainment, here’s a first look at the cover painted by the talented Greg Horn.

The comics are to be sold just on time for the Wizard World Chicago Comic Con, on August 9 -12; Mike will be going to appear there to support his new comic book. In the picture up above it shows as you can see “The Situation” all charged up and ready to kick some ass.

Mike said “I was confident that an amazing artist like Greg Horn would come up with a great look, but I was still blown away by his painting, it has me more excited than ever to see what’s coming next.”

The team of artist and writers coming together to work on the project is an Eisner Award winning writer Paul Jenkins, pencil and inking was to be done by Talent Caldwell and the coloring by Paul Mounts. John Macaluso, who’s CEO of Wizard World, said “This team we’ve assembled is our commitment to put out a comic book of the highest quality that will have a compelling story and amazing art, our creative team is hard at work creating a book that will appeal to a wide new audience, and will also interest long-time comic fans.”

I’m pretty surprised to see that “The Situation” will be getting his own comic book series, though it is a very interesting idea. The artists and writers coming together are extremely talented people and I think knowing that they’re working on the project, this could turn out to be very good.