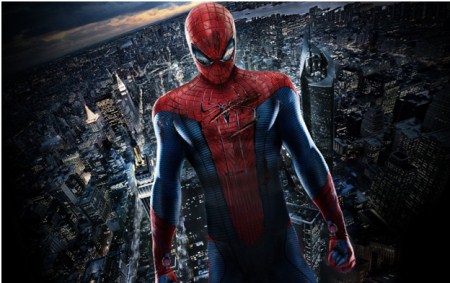 This summer “The Amazing Spider-Man” will be releasing into theatres, it’s a re-launch of the franchise and will be directed by Marc Webb. So far this is the only superhero movie that I can’t wait for. I know some of you are thinking, what about Christopher Nolan’s “The Dark Knight Rises” and I’ve only got one comment for that monstrosity.  “The Dark Knight Rises” so far seems very disappointing and I do not want to waste my time with that film that looks like sh*t. What really disturbed me about it all was seeing Bane being the same height as Batman that made me want to find a very small and dark corner, to shed manly tears till the day I die.

Any ways, let’s get back on topic. At first I was very skeptical with “The Amazing Spider-Man”, since it’s going to be a re-launch of the franchise and that the actor of Spider-man was being changed with Andrew Garfield. Tobi Maguire was very good as Spider-man though the third film wasn’t all that great, being worried about this new Spider-man I did some research on Garfield. I find that they’ve made the perfect choice of getting Garfield to play Spider-man; he himself is a huge fan of Spider-man and is dedicated to the role.

There are some really nice trailers and previews for the film showing Spidey in action, saving pedestrians and fighting the Lizard man, out of all the trailers my most favorite is the one down below since it shows a lot of footage and looks bad ass.

Some new photos were found for the film, first showing the start of Dr. Curt Connors who is played by Rhys Ifans who transformation into the Lizard Man, then there’s a shot of Gwen Stacey who’s played by the oh so ever hot Emma Stone peering into a hole of what looks like a science class room and in the last picture it shows the Lizard Man looking through some blinds. 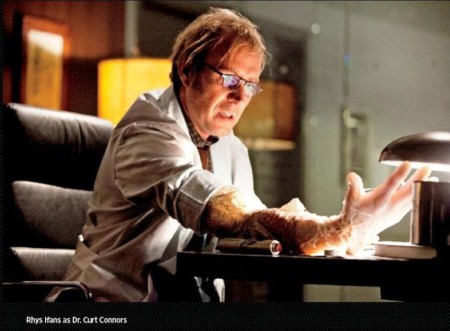 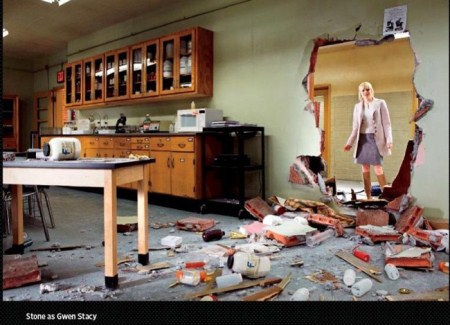 I started loving Spider-man after the first film starring Tobi Maguire. Now, after finding out it was being re-launched and staying true to the comics, it actually got me started on reading the comics and “The Amazing Spider-Man” is going to blow your f*cking mind.